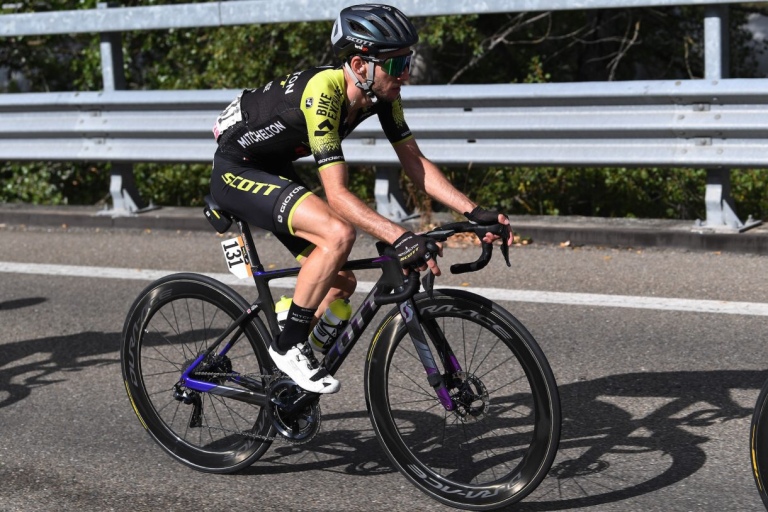 As the UK get’s further in to it’s second COVID-19 wave, the virus is also having serious ramifications at the Giro d’Italia.

“Mitchelton-SCOTT, in agreement with RCS Sport, has withdrawn its team from the current Giro d’Italia following the results of the first rest day RT-PCR tests. Following two rounds of negative COVID-19 test results on Friday and Saturday, the team was notified of four positive results for staff members from testing conducted on Sunday evening. Upon receiving the results, Mitchelton-SCOTT immediately withdrew its team from the race and will focus on the health of its riders and staff and their safe movement to areas of quarantine.” A Mitchelton-SCOTT statement reads.

Brent Copeland, Mitchelton-SCOTT General Manager said “As a social responsibility to our riders and staff, the peloton and the race organisation we have made the clear decision to withdraw from the Giro d’Italia. Thankfully those impacted remain asymptomatic or with mild symptoms, but as an organisation the health of all of our riders and staff is our main priority and we are now focused on safely transporting them to areas where they are most comfortable to conduct a period of quarantine.”

It has also been revealed this morning that Team Sunweb rider, Michael Matthews has also returned a positive test for COVID-19 and will also be withdrawn from the race.

“After undergoing a PCR test at yesterday’s Giro d’Italia rest day, Team Sunweb’s Michael Matthews has tested positive for COVID-19. He is currently asymptomatic, feels healthy and after receiving the results early this morning, he is now in quarantine.

All other riders and staff returned a negative test and at this stage, no other team member displays symptoms of COVID-19. The team will continue to closely monitor all within their bubble, operating with as much discipline as possible, doing the maximum it can.” reads the statement from Team Sunweb this morning.

Further more, an INEOS Grenadiers staff member also returned a positive COVID-19 test and is now self-isolating. All other rapid tests carried out at INEOS have since returned negative. While Dutch GC contender and Jumbo-Visma rider Steven Kruijswijk has also tested positive for COVID-19.

The Giro starts stage 10 today (Tuesday 13th October), following yesterdays rest day, the first of the Giro so far. However, with the withdrawal of Mitchelton-Scott, Michael Matthews and other staff members from other teams the question mark of whether the Giro will make it to Milan on the 21st of October hangs heavy.

There are six more days of racing until the next rest day and with riders who have rested positive having ridden close to each other in the peloton and carried out domestique duties we don’t know if there will be any more positive results with riders or even teams pulling our of the Giro.

With INEOS Grenadiers rider, Geraint Thomas already flown home due to a fractured hip sustained on stage 4 in the neutral zone, if the Giro does make it to Milan on the 25th of October the eventual winner could be as surprised as anyone else as form guides are now fully out of the window.