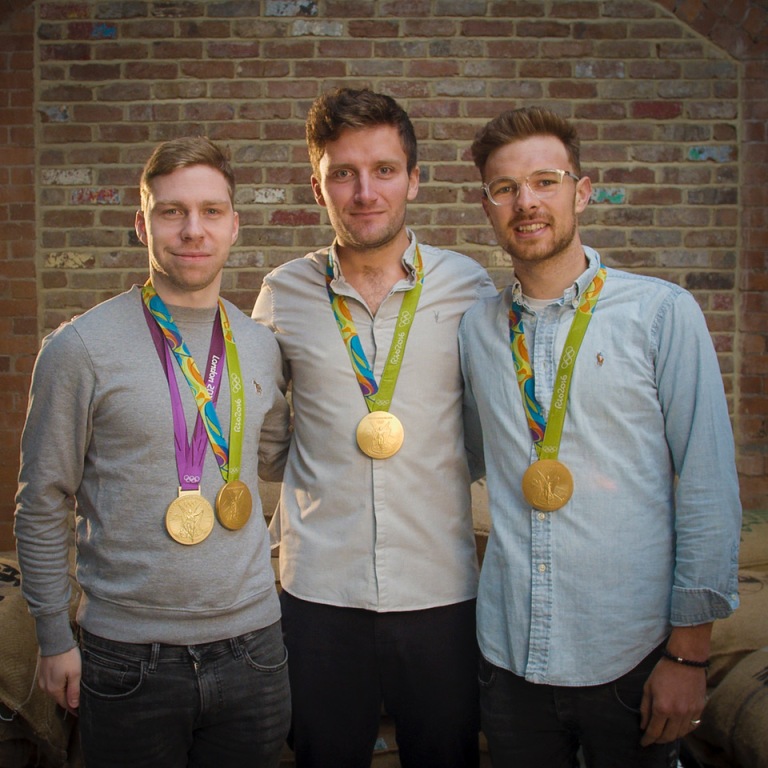 Launched earlier this year, 5 Rings Coffee is the product of Olympic champions Philip Hindes, Callum Skinner and Owain Doull. 5 Rings Coffee was launched at the height of UK Lockdown, even though it seemed like a strange time to launch a new brand, the three Olympians noticed that internet sales were only on the up and decided to take full advantage of the situation.

However, as we try and settle in to something which is a recognisable normal 5 Rings is entering a new era and, on the 16th of October 2020, they will open their first cafe. Residing in 33 George Street, Edinburgh 5 Rings has partnered with Meander Apparel who are hosting their cafe inside their store.

The name of the cafe, Meadow Bank, is named after the now destroyed Meadowbank Velodrome, the venue hosted two Commonwealth Games and kickstarted the career of many cycling legends including 5 Rings founder Callum Skinner.

Naming their Cafe “Meadowbank” in the city of Edinburgh seems like a no brainer and before the track was completely destroyed, Callum Skinner managed to prize some of the famous boards from the rubble and had them made in to a bar which will be coming to it’s namesakes home.

They will be serving Brazilian Single Origin, Blind Faith for espresso brewed coffee and their Columbian Single Origin, Cali Crash as their batch brew. Brewed to perfection by one of the founders, yes either Phil Hindes, Owain Doull or Callum Skinner will be making you coffee, or one of their three world-class baristas.